Per the bylaws, Mohave Electric annually holds district meetings for board elections and a large annual meeting to inform members of the co-op’s yearly activities. Mark your calendars for the following dates: 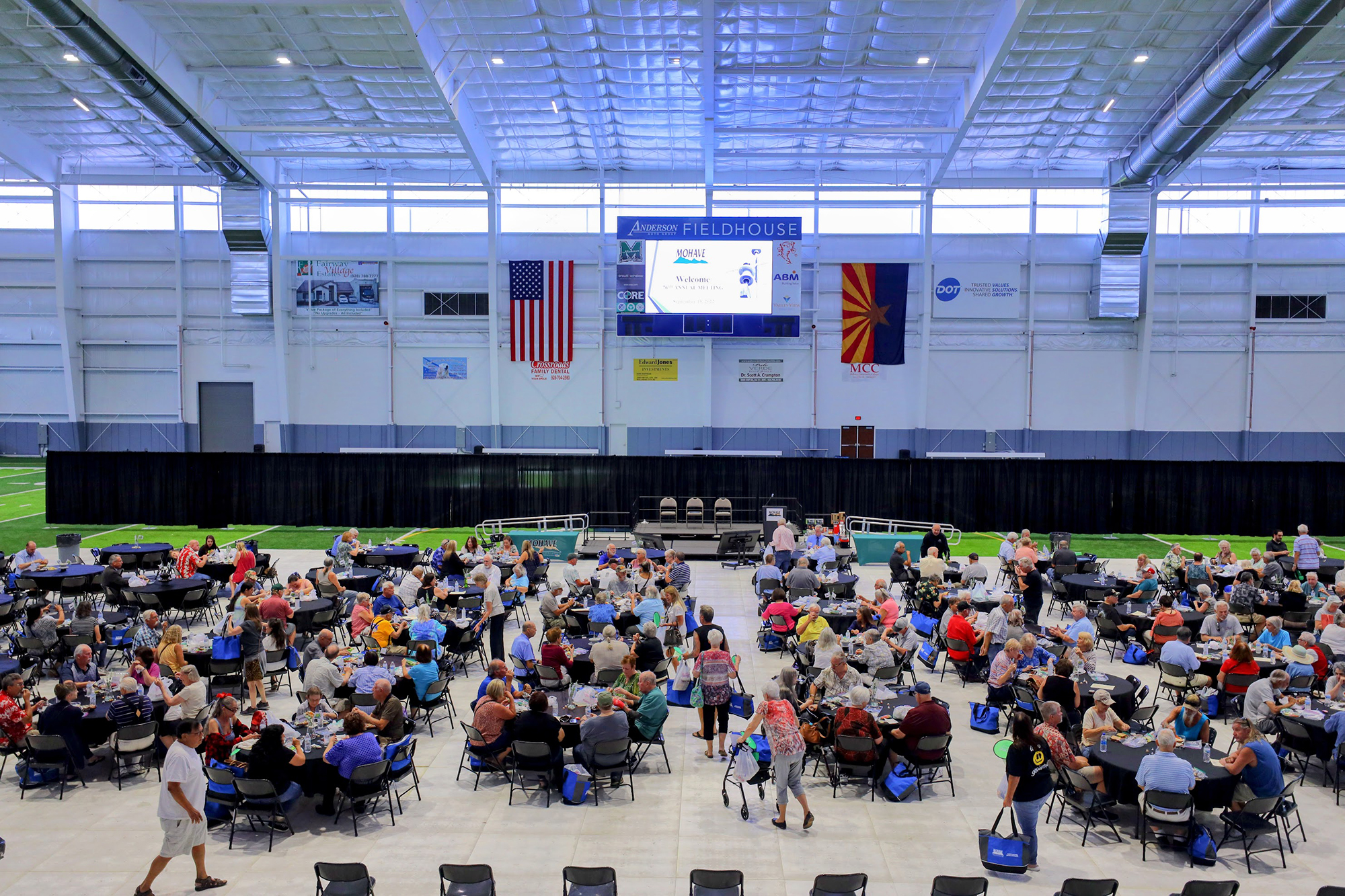 The annual event, as mandated by the cooperative’s policies and procedures, was used to discuss several items from the past year as well as looking forward to the future. A good portion of the evening – including opening remarks from board president Joe Anderson and MEC CEO Tyler Carlson – was spent discussing the recent outage and response by MEC crews and staff.

“These MEC employees, really showed you who they are,” said Carlson. “They have a job to do, and they did it admirably. Just like they always do. We have guys out there doing a dangerous job, knowing that their families are at home with no power as well, but unwilling to stop until every member is back up.

“Not just our field crews, but also all of our support staff. They put in some long hours as well and wouldn’t stop until everything was back to normal. I couldn’t be prouder of all of them.”

Carlson added that there were more than 140 poles down and 36,000 members without power, but in less than 24 hours that number was cut to 5,000 members.

“I came from the Midwest, and we would have outages like this from storms or tornadoes,” Carlson said. “I can tell you that to have everyone back up in under a week is phenomenal.”

Members entered the fieldhouse, registered, received their free meals, and were given a complimentary gift of a large, insulated tote filled with picnic-themed gifts like a picnic blanket, frisbee and collapsible travel cups. 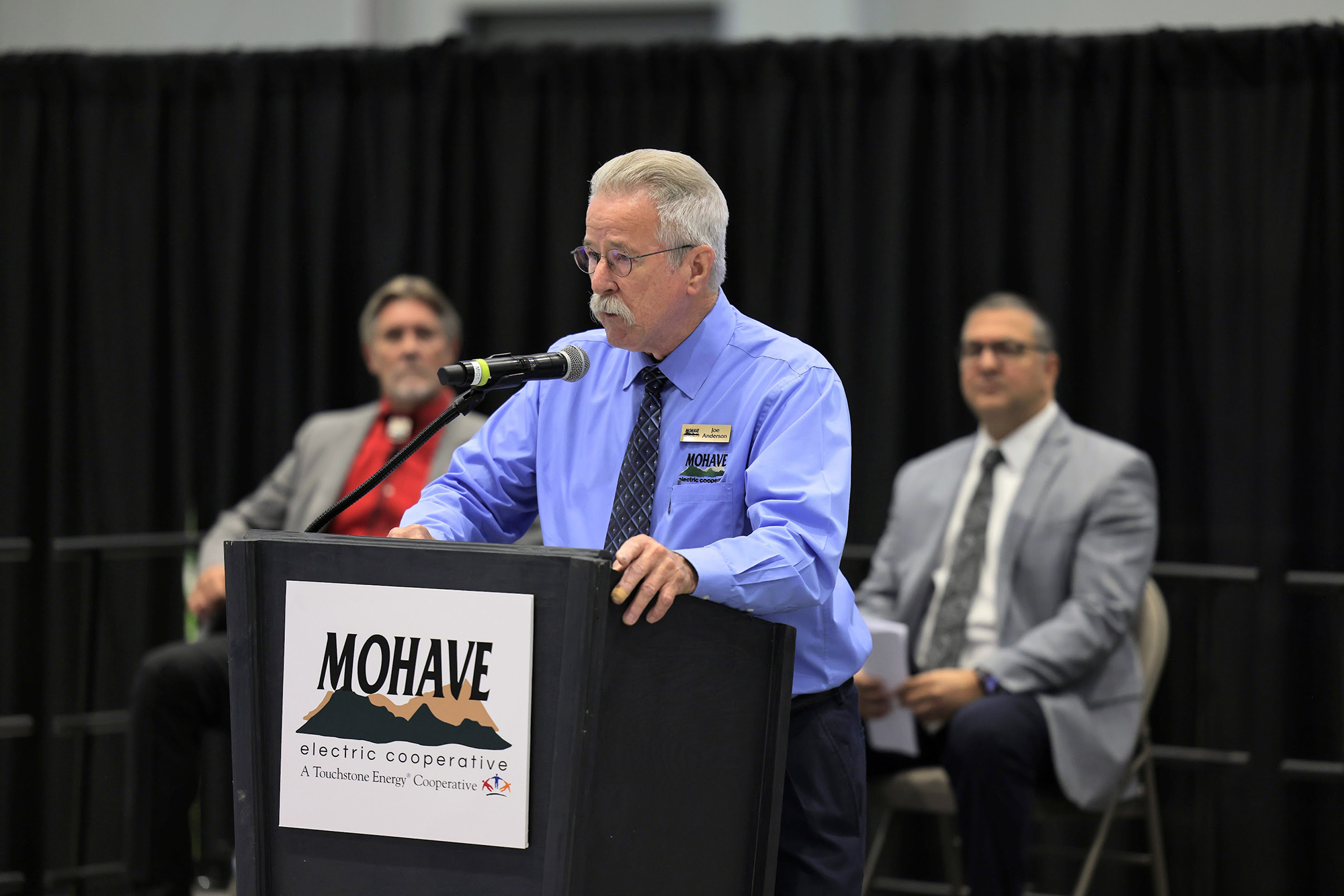 The members then made their way past informational tables for TWN Communications, Asplundh, Arizona Generation & Transmission Cooperatives (AzG&T) and Grand Canyon State Electric Cooperative Association (GCSECA). MEC had tables there as well, staffed with MEC employees and providing information on the SmartHub® app, Capital Credits, and the Outage Management System.

“During the outage from the storm, we had several other cooperatives in the state that came to help,” said Carlson. “I just want them to know how much we appreciate them and their crews coming to our aid.”

Carlson began the meeting by speaking about the results of a recent public opinion survey that showed over 90% of MEC members approve of the service that MEC provides, with 50% citing reliability as their top reason why. MEC was online for 99.98% of the time over the past year accounting for their high reliability rating.

Good service and costs were the second and third most popular reasons. Carlson then addressed those costs and informed the members that MEC ranked 799 out of 812 co-ops nationwide – and 11th out of 11th in the state among all electrical utilities – in costs. 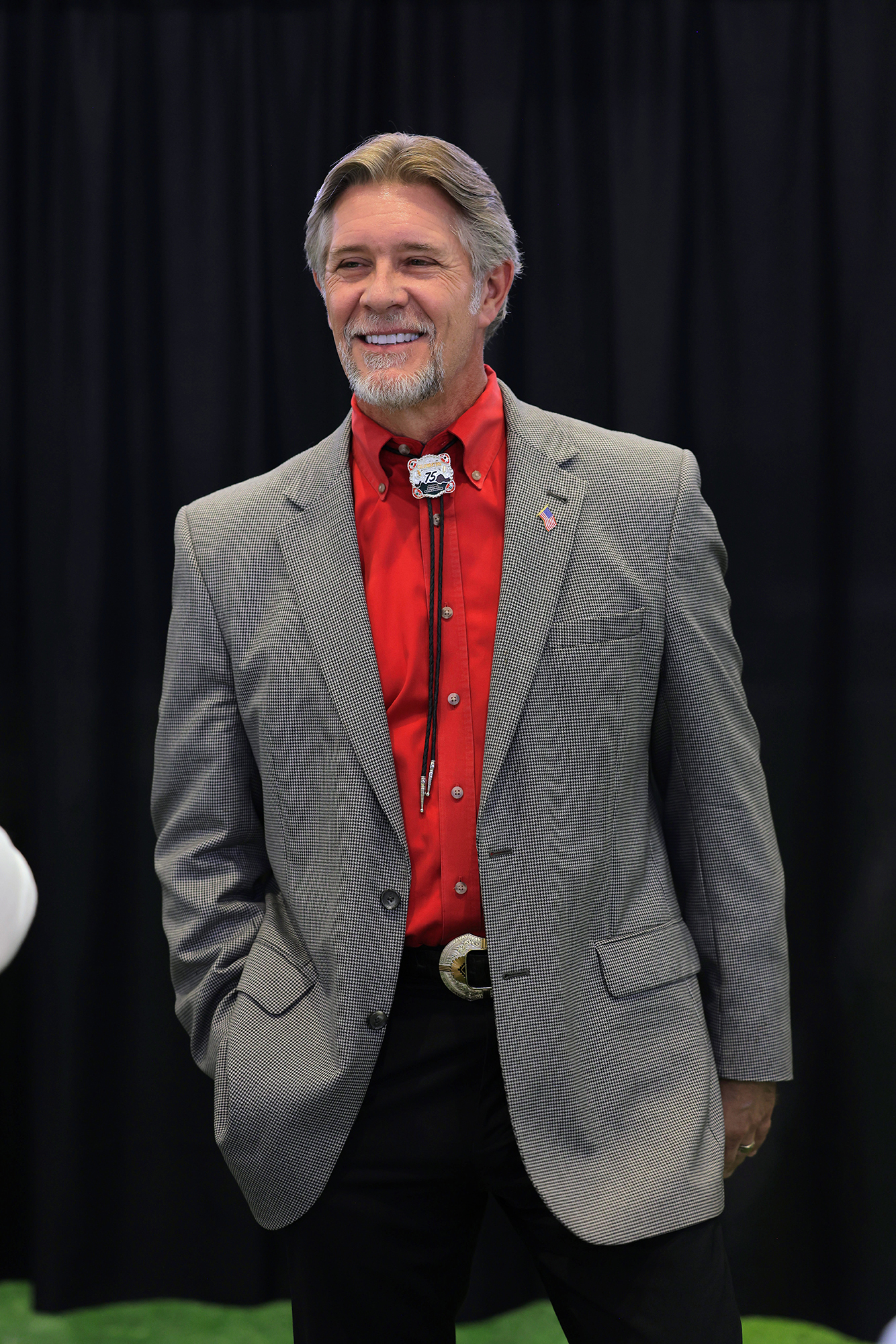 The CEO then touched on recent news about the energy emergency declared at the beginning of September by the Western Electricity Coordinating Council after severe heat caused energy shortages for some providers in the west and those shortages caused the cost of purchased power to skyrocket. MEC, said Carlson, was prepared and was able to provide the necessary power to its members until the storm damage.

“This and the storms, are precisely why it is imperative that we move forward on local sources for power including the solar and battery projects as well as future flexible generation projects,” said Carlson. “All these projects that are either completed or in process are local, being within MEC’s distribution network, and therefore not affected by transmission system failures. These local projects will help keep costs low for our members as well as sustain MEC’s commitment to reliability.”

Carlson’s presentation included information about the ongoing rate case, MEC’s advocacy efforts, commitment to community, the Community Solar Initiative and programs that help members such as Weatherization and the River Fund.

Carlson also touched on a “Call to Action” from the AzG&T who is looking for support from MEC and its members for improvements that they would like to make at the Apache Generating Station. AzG&T had a booth with supporter cards for members to fill out to be sent to the Arizona Corporation Commission (ACC) vocalizing their support.

Also, Carlson reminded members that there is an election on November 8, 2022, and 2 ACC positions are up for election, while there are 4 candidates running for those seats. Carlson encouraged members to research the candidates and vote for candidates that support key factors: Reliability, Co-op Flexibility, Affordability, and All Types of Power Generation.

Members in attendance voted to approve a proposed Bylaw amendment changing the way notifications can be disseminated to board members for special meetings. Notifications can now be provided by email and telephone and the time required for providing notices has been shortened.