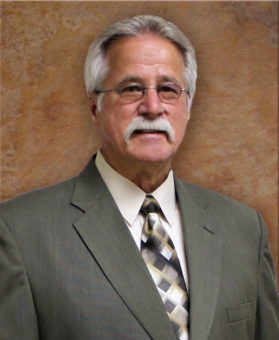 Joe Anderson became a member of Mohave Electric Cooperative in 1978. He has served as Board Director for District 3 since 2005 and is currently the Board President. At the June 2019 District 3 meeting, members in attendance recommended Anderson to continue representing them for a three-year term. He previously served as Board Secretary.

Anderson attained the Credentialed Cooperative Director Certificate, a recognized measurement of competency on key current issues, through course work offered by the National Rural Electric Cooperative Association. He has taken advanced course studies to receive the Board Leadership Certificate. Anderson was awarded the NRECA Gold Director Certificate in 2017. He regularly updates skills through course training and workshops in the electrical utility field.

Anderson received the Touchstone Energy Power and Hope Recognition Award in April 2011, a program that recognizes cooperative directors and employees who have gone above and beyond to help co-op members in need.

Having served 33 years with the Bullhead City Fire Department, Anderson retired in 2012. He began his career at the department as a firefighter in 1979 and retired after serving twelve years as the Assistant Fire Chief. He holds an associate degree in fire science.

Appointed by the Governor of Arizona to the Public Safety Communications Commission, Anderson was instrumental in the upgrade to the radio communication system for the fire departments in the river valley area.

Anderson is an active member of the Knights of Columbus in Bullhead City, assisting in a wide variety of community and church functions.