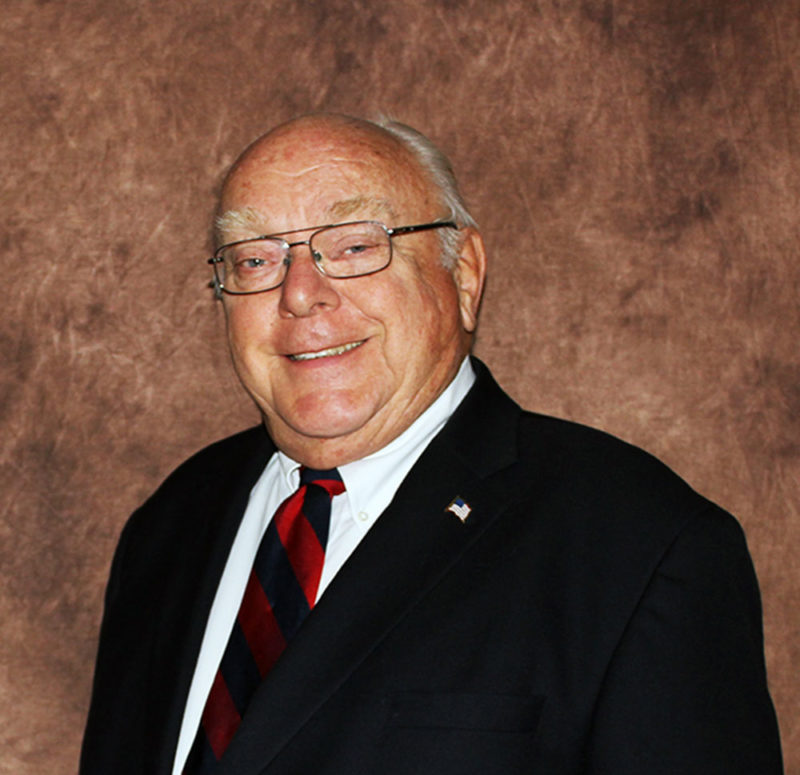 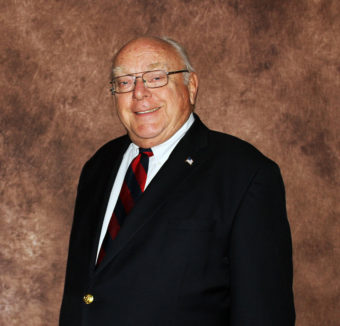 Rich Tempelman became a Mohave Electric Cooperative member in 1996. He has served as Board Director for District 1 since January 2018 and is currently the Board Treasurer. At the June 2018 District 1 meeting, members in attendance recommended Tempelman to continue representing them for a three-year term. Tempelman attained Credentialed Director Certification and Board Leadership Certification, both recognized measurements of competency on key current issues, through well over 100 hours of course work and study offered by National Rural Electric Cooperative Association. He is currently taking classes to attain Gold Certificattion by NRECA.

Tempelman’s 51-year banking career began in 1962 in Chicago, Illinois. Tempelman’s experience includes all aspects of consumer and commercial credit as well as branch-office administration. His career path also led him to positions in Iowa, Wyoming, and Colorado, before relocating to Fountain Hills, Arizona in 1993, and the Tri-State area in 1996.

Throughout his career and following his retirement from Mohave State Bank in 2013, Tempelman has been very active in various community events, service clubs, and boards, most recently in the Bullhead City area. He is a former Vice Chairman of the Western Arizona Regional Medical Center Board of Trustees, and currently serves as President of the Bullhead Regional Habitat for Humanity Board, where he has been a founding board member since 2006. Tempelman is also an active member of the Rotary Club of Bullhead City and Los Matadores of Bullhead City, where he served as president for both organizations.

June 18, 2020 –It's not a gift, but Sarah and James Chambers say it is a miracle. The Bullhead City couple have been selected for the next local Habitat For Humanity home.

Their new home will be built in the Rotary Park area on property adjacent to the home they now share with their four children.

Sarah Chambers said it has been the couple's dream to build a new home that can be passed on to their children.
"It's a miracle, because my kids will finally have something solid," she said.

James Chambers said he'll be glad that the children can stay in familiar surroundings and that the design of the new home will put more space between where the children play and the street.

The children, who range in age from 1 to 12, all have health issues, said Rich Tempelman, president of Bullhead Regional Habitat for Humanity.

Tempelman said the Chambereswere cho­sen after a process that began with 30 families attending a community outreach in April and filling out questionnaires. He said that 14 families submitted formal applications.

Tempelman said that Habitat For Humanity weighed three criteria in choosing a family to assist.

He said need was evident.

"It was absolutely critical,"' Tempelrnan said. "Where they're living now is sub-standard." Sarah Chambers said one of the issues with the family's current home is the roof. She said that going to a new home will mean "'we don't have to worry about it raining inside when it's raining outside."'

The other criteria are willingness to partner on the project-families are required to put in "sweat equity" working on the project after being chosen-and capacity to payoff the no-interest mortgage on the property.

The Chamber.; home will be the third buil1 by Bullhead Regional Habitat For Humanity. After a signing ceremony last week, Tempelman said that preliminary plans would be submitted to the city, with a groundbreaking shortly thereafter.

"After that, it's just a matter of making it happen," he said.

January 31, 2020 – Kaileb Bayliss, a 2019 Washington Youth Tour winner sponsored by Mohave Electric Cooperative, had an opportunity to meet with state lawmakers recently at the 2020 Grand Canyon State Electric Cooperative Association legislative conference in Phoenix. Pictured, left to right, MEC board member Deborah Johnson, Arizona Representative John Allen, Bayliss, and MEC board members Cindy Christy, Carlos Tejeda, and Richard Tempelman. Caleb Fearing, a 2019 youth tour winner who was also at the conference and met with lawmakers, had a previous obligation and was unavailable for the photo opportunity. Other MEC board members present for the conference, but not in the photograph, include Toni Barbaro, John Nelssen, Joe Solar, Michael Bartelt, and board president Joe Anderson. 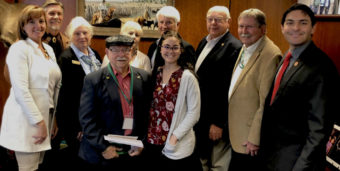 Board Certificate Presented to Tempelman